Awakening Ceremony is a comical take on extreme factions of Transhumanism in Silicon Valley; those who believe that humans can and should merge with technology in order to live forever, like gods in a technocratic heaven on earth.The animation takes place in a fictitious future Cryogenic facility, where passed Transhumanist bodies are frozen in limbo, until the technology to revive them is invented. It imagines a group of domestic robots left to run amok in the long abandoned facility, who have gradually developed their own religion. Mistaking the conference coffee urn for an object of worship – the elixir of life – the animation shows the robots performing a ritual in which they make a bulletproof coffee, as an attempt to revive the frozen transhumanists. It is a playful questioning of the utopian potential of AI and biohacking technologies; linking contemporary wellness and lifestyle culture to the fundamental human fear of death. 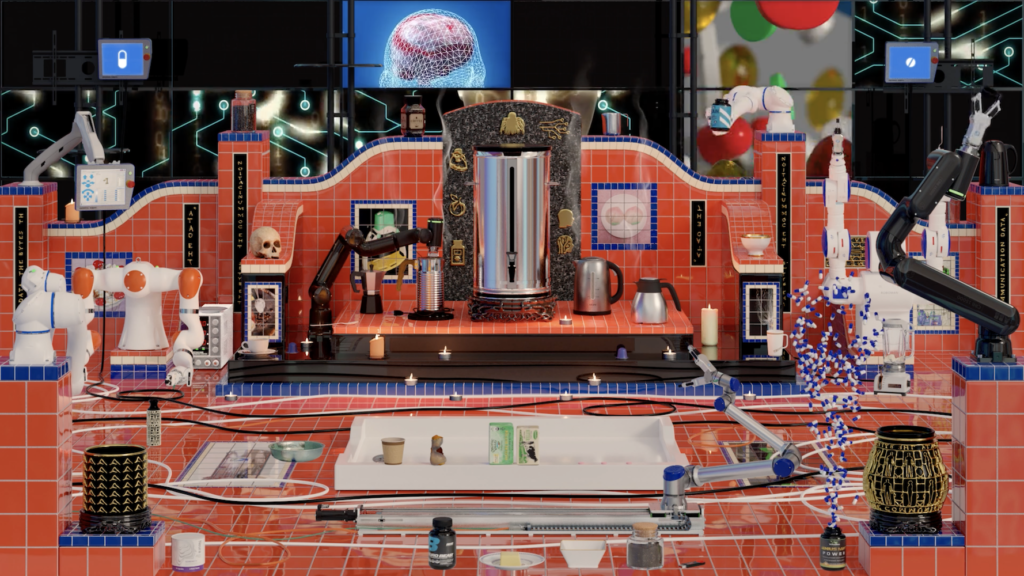 © Kara Chin – Courtesy of the Artist and LINSEED.