Tun Win Aung and Wah Nu (b. 1975 and 1977 respectively) are best-known for their ongoing series, Thousand Pieces of White, begun in 2009, which constitutes a living archive of objects and images that bear witness to personal and collective histories. Here, those narratives, in the form of found footage, are disrupted through various acts of filmic intervention, including looping, collaging, and tone adjustment. White Piece #0133: Thakin Pe Than’s Long March (2012) features a clip of Wah Nu’s grandfather, the anti-colonialist, U Thardu, better remembered as Thakin Pe Than. He was involved in the Thakin movement, from which ranks rose the likes of General Aung San and the Thirty Comrades. The original clip was included in a BBC documentary, and shows U Thardu participating in the grand march of 1938. White Piece #0164: Reading and Writing in 1989 is derived from the films of Wah Nu’s father, the award-winning director, Maung Wunna. 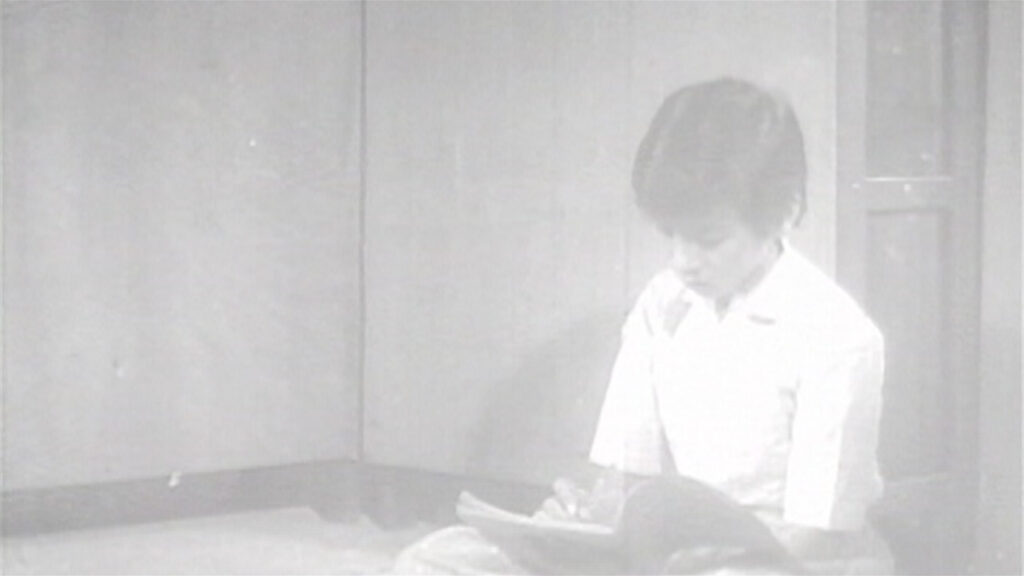