Ashley Bickerton turns his gaze towards the majestic forms of sharks, presenting a sculpture of two hammerhead sharks gracefully intertwined, appearing talismanic and ethereal. Bickerton has been depicting sharks for three decades, yet he removes their fearsome, threatening qualities—capturing instead how some cultures revere them as ancestors, even deities. As writer Paul Theroux observed, Bickerton transforms these sharks into his own—investing them with his own mana. 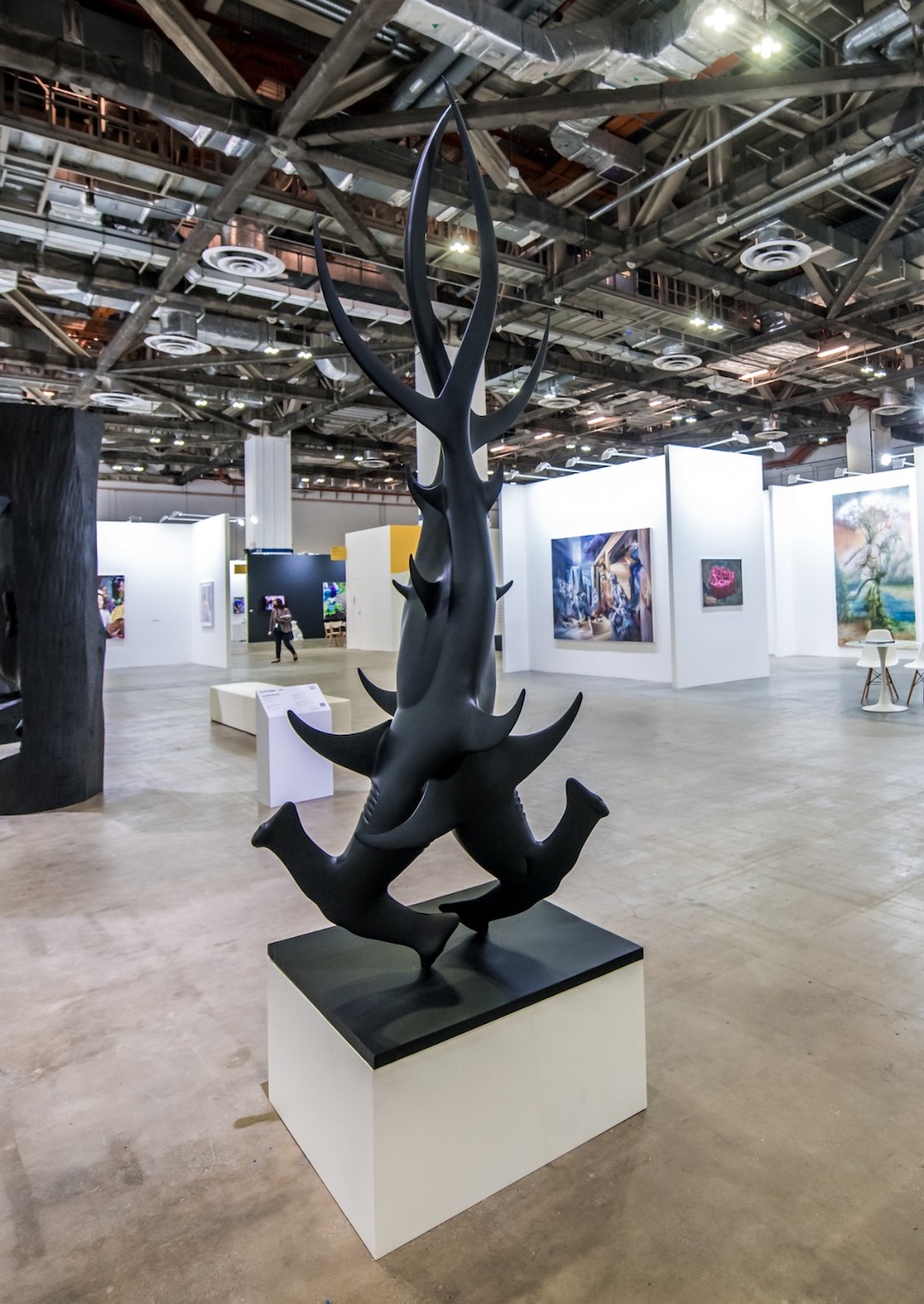 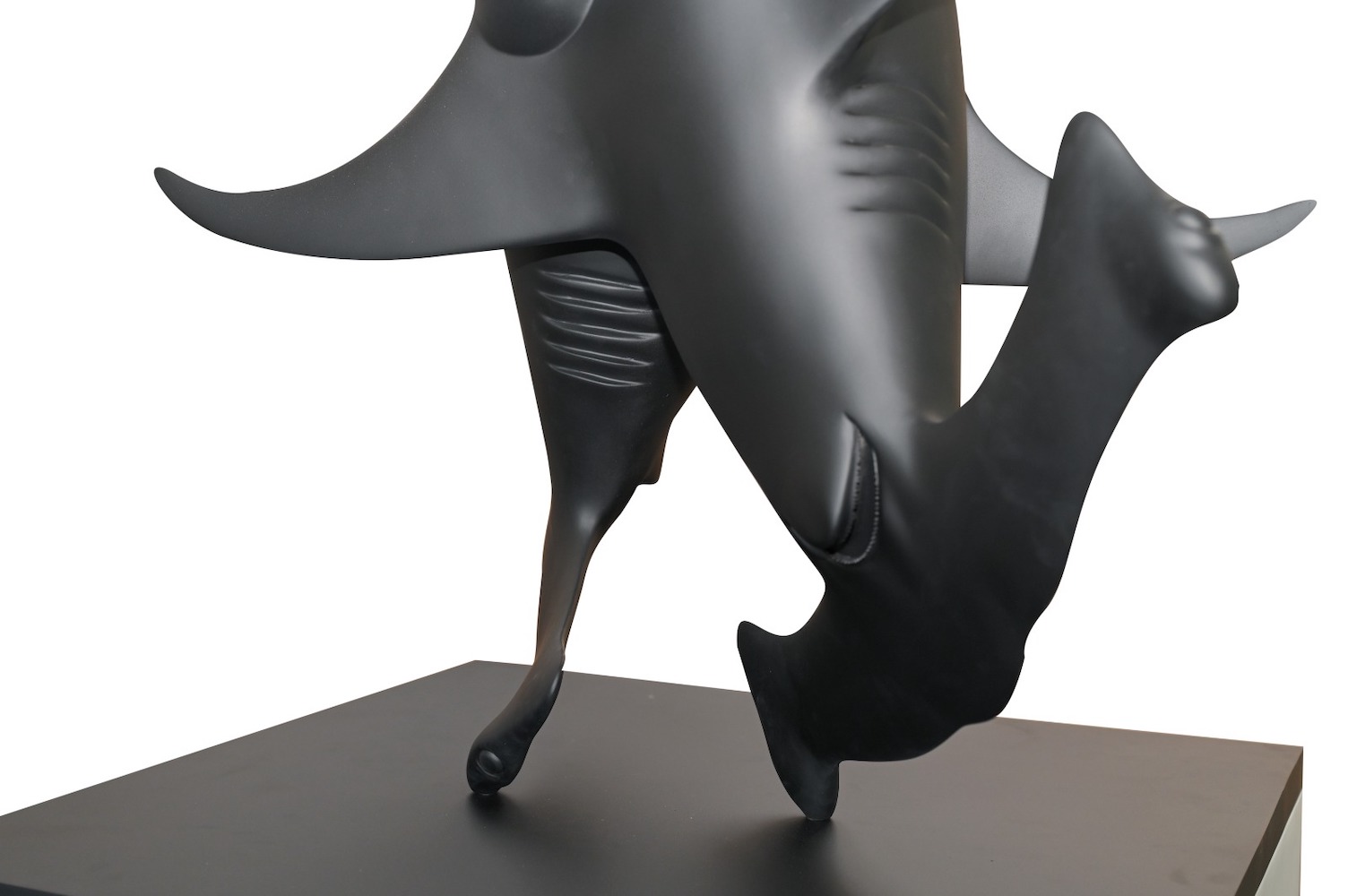 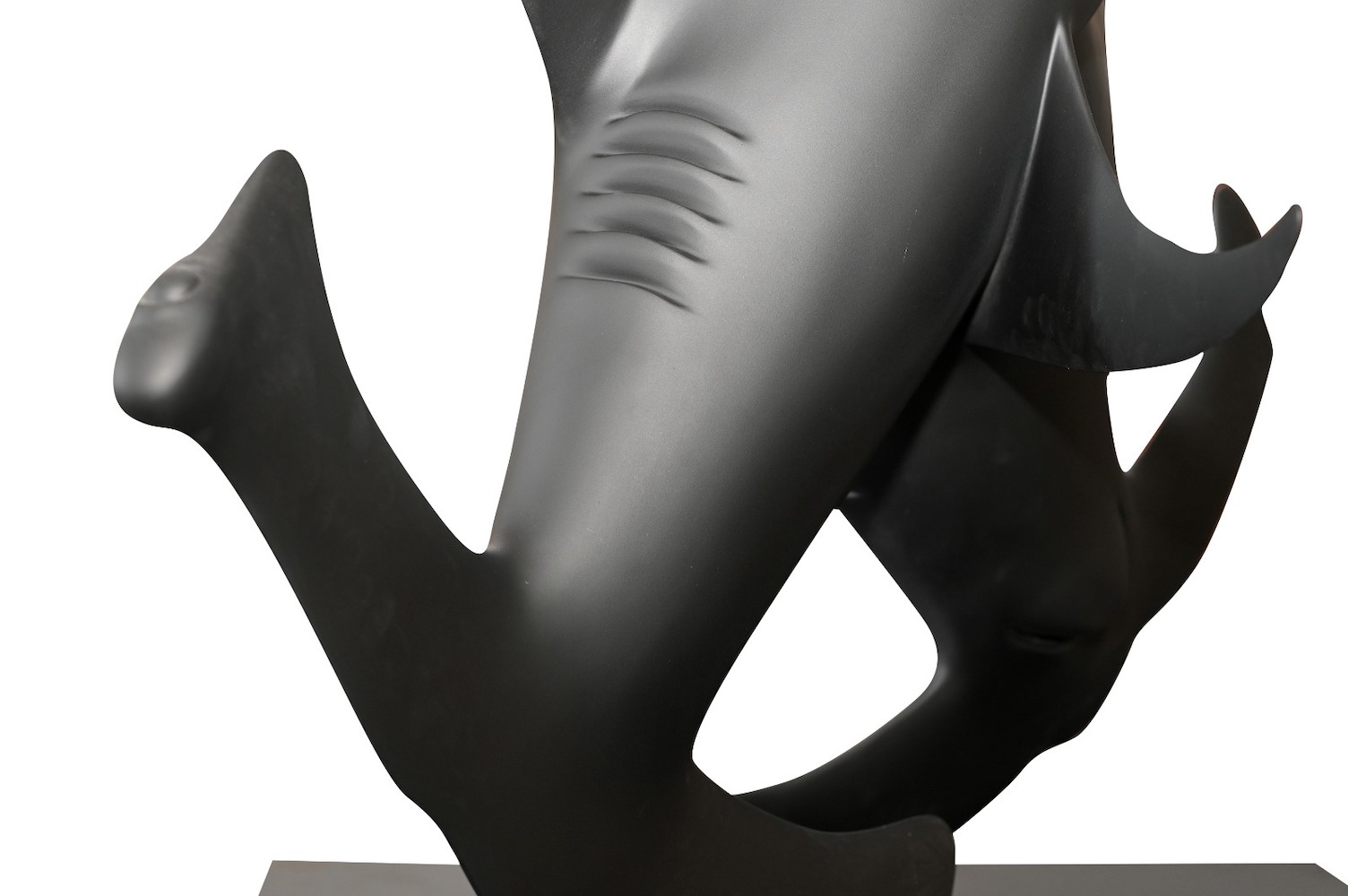